In the late 70s. In the 20th century, the revival of traditional lacquer painting on papier-mâché (“tosh-komz”) began in Uzbekistan. According to medieval technology, to decorate objects with lacquer painting from gold or bronze powder, a soil was prepared with the addition of cherry or apricot glue, on which a drawing was applied with brushes. Lacquer and paints for papier-mâché were made according to a complex recipe, and scenes of battles, hunting, festivities, as well as scenes of the famous works of Navoi, Jami, Khayyam and other poets of the medieval East served as the scenes of the lacquer painting. 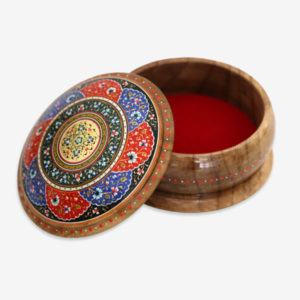